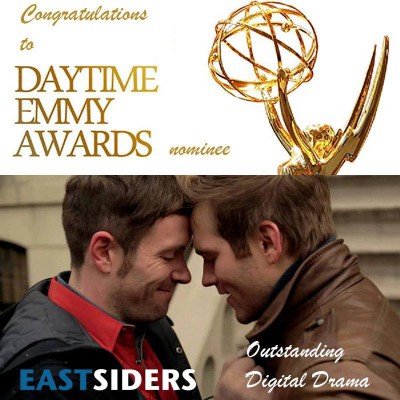 The National Academy of Television Arts and Sciences has announced nominations for the 43rd Annual Daytime Emmy Awards and EastSiders: The Series was included in the Outstanding Daytime Digital Drama Series category. Called “Funny and Heartbreaking” by Entertainment Weekly, the critically-acclaimed LGBT series premiered its first season on Logo in 2012 and was subsequently picked up for DVD and VOD distribution by Wolfe Video. A second season premiered with an exclusive distribution window on Vimeo On Demand last fall after the production raised $153,000 on Kickstarter. Other entries in the category include East Los High, The Bay: The Series, Vanity, and Winterthorne.

EastSiders also received a nomination for Outstanding Actor in a Digital Daytime Drama Series for Van Hansis’s performance. This marks Hansis’ fourth Daytime Emmy nomination, having been nominated three times before for playing the role of Luke Snyder on As The World Turns, who made history with daytime television’s first kiss between two men in 2007.

Series creator Kit Williamson, who is also known for playing the role of Ed Gifford on the final two seasons of Mad Men, says ”I think it’s amazing that The Daytime Emmy Awards are recognizing digital series. There are so many amazing stories being told online and it’s incredible to see how high the bar has been raised in the last few years.” The series is also currently nominated for ten Indie Series Awards, including Best Drama, Best Writing, Best Ensemble, Best Actor (Van Hansis, Kit Williamson), Best Actress (Brianna Brown), Best Supporting Actor (Stephen Guarino), Best Guest Actress (Constance Wu) and Best Editing. Past accolades include an Indie Series Award for Best Ensemble, an LA Weekly Web Award for Best Drama and a Satellite Award Nomination from The International Press Academy.

First announced on The Talk, the full list of nominees has since been reported on by Variety, The Hollywood Reporter, Deadline and dozens of other outlets.

Go Team Entertainment is proud to announce we will producing the second season of Brooklyn Web Fest, an annual web series festival and content creator conference held at the Made in NY Media Center by IFP located in DUMBO, Brooklyn, NY. Our goal is to highlight the best narrative storytelling the web has to offer and bring together internet innovators and industry influencers to share knowledge and forge professional relationships through a series of panels, educational workshops and networking events.

When we say we offer our creators exposure, we mean it.

After a successful Kickstarter campaign that raised over $153,000, Go Team Entertainment produced series EastSiders has made the move from Logo TV Online to Vimeo On Demand for an exclusive window before both seasons become available on DVD and other VOD platforms through Wolfe Video. The first season is now available on Vimeo, Amazon, Hulu and other VOD outlets.

“One of the best web series around (LGBT or otherwise)” Indiewire

“One of our favorite LGBT-themed webseries” Out Magazine

“Critic’s Pick: What to Watch on the Web” USA Today

“Every bit as good as a cable TV show” Tubefilter

“Is this series the SoCal answer to Looking?” Queerty

Beyond to see our PR client Break a Hip, starring screen legends Christina Pickles, Allison Janney and Octavia Spencer featured on ET Online and Indiewire, among other outlets! ET raves: “If you haven’t been watching the hit web series Break a Hip, then you’ve been missing out!” Check out the full interview with Allison Janney here.

Go Team PR client Whole Day Down was also featured in Indiewire as a “Webseries You Should Be Watching” with a great piece spotlighting the addition of Missi Pyle to the cast. Creators Patrick Breen and Tai Fauci were also interviewed about what inspired their Modern Art Armageddon in New Media Rockstars.

We’re also thrilled to see the press that Merce, an Musical Comedy about life with HIV, has received, with mentions in Big Gay Picture Show, Broadway World, Snobby Robot, Poz Magazine, Queer Me Up, The Windy City Times and more.

Episode 1: MERCE "Tonight at Eight" from MerceTV on Vimeo.

With over 1,000,000 views between YouTube and Funny or Die, Rory Uphold’s series “Only in HelLA” is a certified hit, with tons of love from mainstream, local, and new media press outlets.  We couldn’t be prouder to have “Only in HelLA” as our flagship PR client.  Congrats also to our consulting clients Try This Instead and The United Colors of Amani, which have been covered by The Huffington Post, Indie Wire, Buzzfeed, The Jane Dough, Tangled Web We Watch, Clutch, Afropunk, Wisecrack Zine and more!  If you need help promoting your upcoming web series click here to contact Go Team Entertainment.

PRESS FOR ONLY IN HELLA

The Huffington Post:  “Quite Possibly One of the Worst Things about Life in LA”

Crave Online:  “5 Funny Episodes of Only in HelLA”

xoJane:  “How My Viral Video Forced Me to Confront Misogyny”

Right This Minute:  [VIDEO FEATURE] “Shopping Next to a Supermodel Will Kill your Self Esteem”

The Huffington Post Comedy:  “This Type of ‘Friend’ is Just the Worst”

The Huffington Post:  [INTERVIEW] “An Ex-New Yorker Talks to a Native Angeleno About Only in HelLA”

More after the jump!

END_OF_DOCUMENT_TOKEN_TO_BE_REPLACED

Los Angeles, CA (December 3, 2013) – The International Press Academy announced the nominees for their 18th Annual Satellite Awards and the critically acclaimed and award winning “EastSiders: The Series” was included in the Original Short-Format Category. Other entries in the category include “High Maintenance,” “Burning Love,” “Ask A Slave,” “Little Horribles,” “Blue,” “#Just Saying,#SamoKazem,” and “Ghost Girls.” The International Press Academy is a global association of domestic and foreign entertainment journalists in print, TV, radio, broadcast, and online outlets; including critics, interviewers, reviewers, bloggers, and photographers. The winners will be announced in a ceremony on March 9th, 2014 in Los Angeles, California.

“I think it’s amazing that the International Press Academy has added a category recognizing web series this year.  It’s a huge step forward for digital content creators and I’m honored to be a part of the inaugural class of digital nominees. EastSiders started out as a labor of love– I just wanted to make a show I’d want to watch, with gay characters I could relate to– and when I put the first episode on youtube last December I never expected the show to attract the attention of Logo, much less to be recognized by the International Press Academy.   It’s especially exciting to be nominated alongside such an amazing lineup of shows.”

IPA President Mirjana Van Blaricom released a statement about the new eligibility guidelines, stating “with the inclusion of original internet content, the IPA aspires to continually recognize all artistic achievement, whose aim is to entertain, enrich and enlighten, regardless of its chosen platform.” 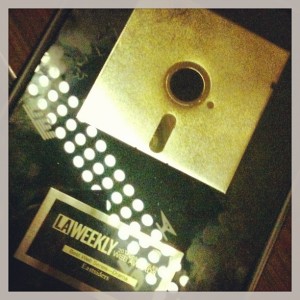 “EastSiders: The Series” was awarded the Best Web Series– Drama award at the LA Weekly Awards last night at Bardot in Hollywood.  In addition to his work on “EastSiders,” Go Team Entertainment’s Kit Williamson also stars in Shilpi Roy’s series “Hipsterhood,” which took home the award for Best Web Series– Comedy.  Williamson also serves as a producer on the second season, which premiered in its entirety on Blip.TV on August 27.

From HelloGiggles:  “Season one was wonderful and ALL 10 EPISODES of season two will premiere on August 27th! And if you watch them all at once like a baller TV binger, there’s minimal ad interruption! I’m so excited I just want to jump up and down in my intentionally mis-matched socks and blast my new indie playlist. If you haven’t seen season one, here are five reasons you’ll absolutely love this show.”  Read them all here! 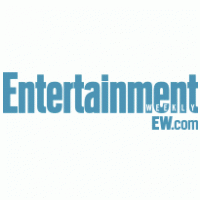